The casting industry is in a transitional period adjusting to new trends and products. Manufacturers require flexibility in their equipment to account for shorter program life cycles while still being able to be competitive. In many instances this requires assets to be spread across multiple programs. It is a landscape that rewards companies who identify opportunities to adapt to the changing circumstances. One example is a case where vacuum impregnation requirements unexpectedly and suddenly increased in one manufacturer's location while another of its locations had underutilized impregnation capacity.

The company operates multiple locations in the United States and one in Mexico. One site in the USA was operating at maximum capacity. Due to issues beyond its control, this facility saw an increase in castings that failed leak test. With this increase in fallout their vacuum impregnation hit full utilization, and more capacity was needed.

The facility in Mexico had a delay in a product launch, which led to idle capacity. This inactive impregnation system was what was needed in the USA.  Most discounted this option as far too complicated given customs, border crossings and transportation. 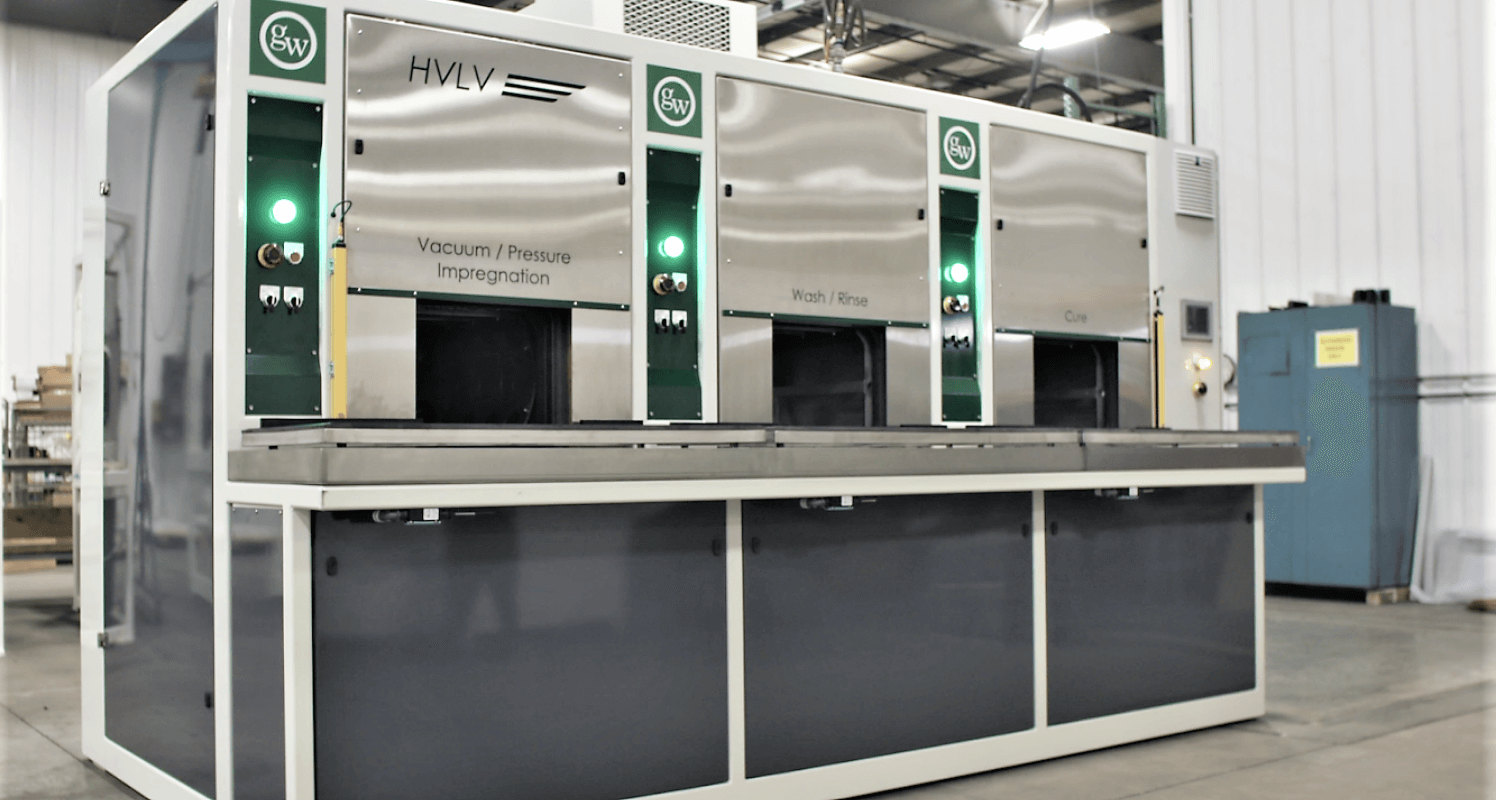 Despite initially discounting moving an HVLV system from Mexico, the customer’s operations team decided this was the best option and quickly started assembling data.

Image 2: The HVLV requires no interconnecting wires to be removed or reinstalled.

The team reached the conclusion that shipping the idle vacuum impregnation system from Mexico was the best solution to the capacity problem in the USA. Within three hours on a Friday morning, the HVLV was decommissioned and placed on a truck.  The unit arrived at its USA destination, 1700 miles away, on Monday, qualified on Tuesday, and was sealing parts on Wednesday.

The Results
The data clearly shows that transporting the HVLV achieved the company’s capacity goals. The results included:

Image 3: The HVLV easily accommodated the spike in capacity requirements by increasing throughput by 40%.

The HVLV is projected to operate in the USA for six months. At that time, the HVLV will be reinstalled back in Mexico for the launch of a new casting program.

In Summary
Godfrey & Wing’s HVLV is the only system that can meet these demands with ease. The company found great value in operating their vacuum impregnation equipment as a flexible, portable system. The company now considers this HVLV not tied to a specific program, but rather as a piece of its infrastructure. That HVLV will now be sent to whichever location that has capacity issues.