Impregnation sealants are tested through Military Standard MIL-I-17563C. MIL-I-17563C demonstrates a sealant is compatible with the application and that the sealant will not degrade or fail over the life of the part.

The misconception comes to light as operators or engineers use test methods designed to demonstrate impregnation sealant compatibility as an indication of impregnation process effectiveness. The outcome of this misapplication of testing methods will lead to false positive results. Meaning the impregnation process will appear capable of sealing parts when it is not. This can create a field failure leading to significant unforeseen costs and quality issues.

This blog clarifies the difference between the two specifications, MIL-I-17563C and MIL-STD-276A, and the testing required for each standard.

What is a Military Standard?

In the late 18th century and throughout the 19th century, the American and French militaries were early sponsors and advocates of interchangeability and standardization. Today, the United States Military Standards (often called Mil Specs or MIL-STD), are used to standardize processes and products for the United States Department of Defense. For decades these MIL-STDs have served as the basis for specifications used by global manufacturers to ensure products are manufactured to the same quality standards regardless of their country or point of origin.

MIL-I-17563C governs the testing and approval process for vacuum impregnation sealants. Sealants tested must pass this standard to gain acceptance onto the Qualified Product List (QPL).

The specification places impregnation sealants into one of three classes:

MIL-I-17563C testing is done using a certified test ring. The test ring is used as a ‘carrier’ or ‘standard coupon’ for the sealant testing. The ring has an excessive amount of porosity compared to an actual part. In other words, the sealant in the test ring will be exposed to the maximum amount of cured sealant to the change in fluids, gases, and/or temperatures.

Test rings shall not have the surface altered by operations such as burnishing, coining or sizing. The interconnected porosity should be 15%-25%. The exact amount is determined by the method specified in ASTM B 328. The alloy composition of the test specimens shall conform to one of the three types as specified in MIL-I-17563C (Table 1). 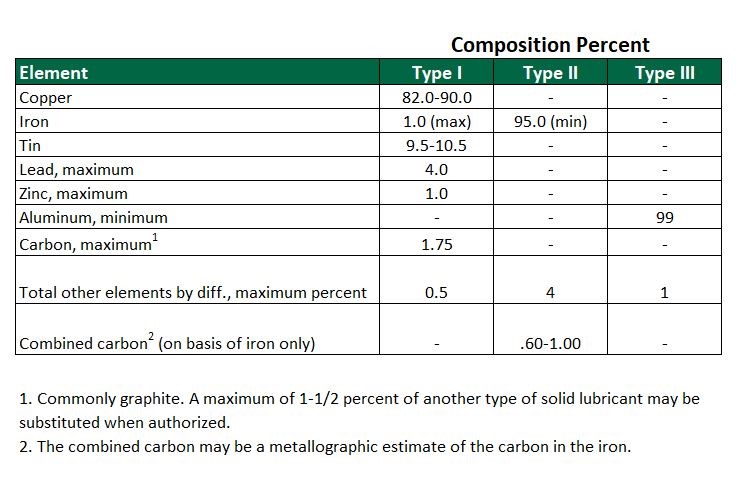 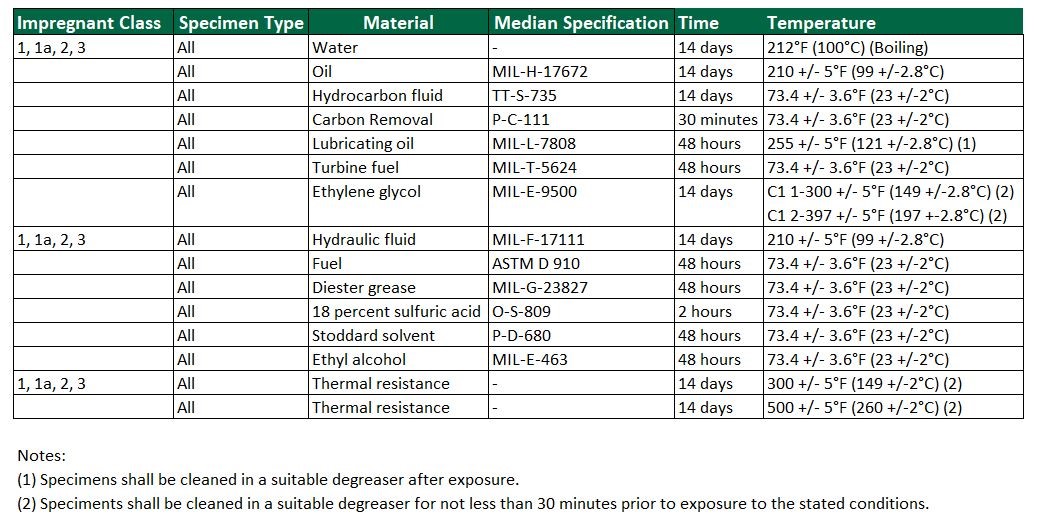 Use Parts, Not Test Rings

MIL-STD-276A states that the parts being impregnated are to be used for the process verification. There is no mention of test rings in MIL-STD-276A. As the test rings have little to no similarity to most parts, they are only used to ‘carry’ the sealant, and not test the process. Using the actual part is the only way to measure the process effectiveness, as a pressure test of the part demonstrates the leak path is sealed.

Table 3: Comparing the properties of a powder metal test ring to an engine block.

Most impregnation vessels can impregnate sealant into a test ring that is 15%-25% porous and leaks 10,000 cc/min. A test ring can be impregnated at atmospheric pressure because of the large porosity. Keeping it in requires a passive wash and cure so the sealant does not emulsify out from the leak paths.

Properly understanding the difference between military standards is the first step to identify the best means to seal a leak path. Using the correct sealant and process will ensure that parts are properly sealed and eliminate the possibility of a field failure.