This contract is a result of MAHLE’s need to integrate vacuum impregnation in their production line. The 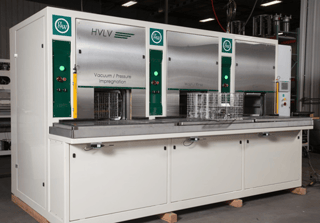 This agreement significantly extends Godfrey & Wing’s relationship with MAHLE. The contract also includes Godfrey & Wing’s technical support and an ongoing supply of high performance sealant.  The sealant is approved by certified by the U.S. Department of Defense and specified by automotive OEM’s worldwide.

MAHLE is a leading international development partner and supplier to the automotive industry.  With 170 production locations around the world, MAHLE addresses all the crucial issues related to powertrain and air conditioning technology.