Schabmüller Automobiltechnik is a leading engineering, machining, and sub-assembly supplier to major automotive OEMs and Tier 1 suppliers.  Founded in 1978, the company’s headquarters is in Großmehring Germany, and employs 850 people in four locations.

In 2015, Schabmüller received a contract to machine and pressure test cylinder head covers for Audi’s new V6 engine. With a left and right version of the cylinder head cover, the annual production requirements topped 600,000 units.

To meet Audi’s requirements for quality and cost, Schabmüller would need to install an integrated and automated production line. The line would include machining, washing, drying, leak testing, deburring, assembly and quality inspection.

1. 100% impregnation specification-Due to the complexity and critical service requirements of the cover, Audi specified 100% porosity sealing through vacuum impregnation.

3. Meet high production volume-The annual volume of highly machined parts eliminated the use of batch systems due to handling concerns. Also, the cleanliness requirements dictated the use of advanced cleaning techniques which were not available in high volume batch equipment.

As a result, Schabmüller realized that it had to implement a lean impregnation concept that would address these three challenges.

Although implementation of single piece flow technology would meet all of the quality requirements and eliminate freight costs and handling damage, it was not practical for small head covers.

Godfrey & Wing adapted its Continuous Flow impregnation system (CFi) for installation at Schabmüller’s facility. The CFi uses the Dry Vacuum and Pressure (DVP) process, and Godfrey & Wing’s 95-1000AA recoverable sealant.  The DVP process pushes the sealant deep into the microporosity in order to improve sealing effectiveness. The use of 95-1000AA recoverable sealant is easy to use and remains stable and pure. This helps Schabmüller maintain the highest seal rates.

The CFi was custom designed to address the company’s challenges.

1. The CFi system would be fully self-contained for quality. The robot and PLC would work together to ensure that parts would not leave the system until meeting all of the pre-determined conditions. If acceptable, then the robot will move the castings from the CFi to the next process.

2. Schabmüller’s CFI would use robotic handling to move between impregnation stations, and manufacturing operations. The parts come to the CFi via an inbound conveyor; the robot loads parts into the fixture, moves the fixture through the impregnation system and then unloads the parts for the next operation.

3. Fixtures were designed to impregnate multiple parts. This approach allows for the maximum parts per cycle, the ability to flush sealant from blind holes and taps, and protect critical machined features.

The CFi is making a significant impact for Schabmüller by answering the following challenges:

Godfrey & Wing’s CFi system is the best and most economical option for Schabmüller to meet Audi’s demands. The system creates a competitive advantage by achieving 100% casting recovery that is clean and free of damage. The CFi plays an integral role in Schabmüller’s production of Audi’s cylinder head covers in one of the most advanced manufacturing facilities in the world. 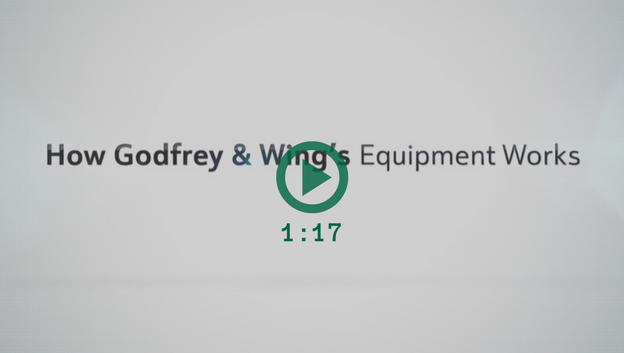